Warning: Cannot modify header information - headers already sent by (output started at /home/customer/www/naturallivingsupplies.co.uk/public_html/wp-config.php:76) in /home/customer/www/naturallivingsupplies.co.uk/public_html/wp-content/plugins/wp-rocket/inc/classes/Buffer/class-cache.php on line 157
 5 Benefits of Myrrh and its use for Mummification |

5 Benefits of Myrrh and its use for Mummification

HomeFrankincense and Myrhh5 Benefits of Myrrh and its use for Mummification 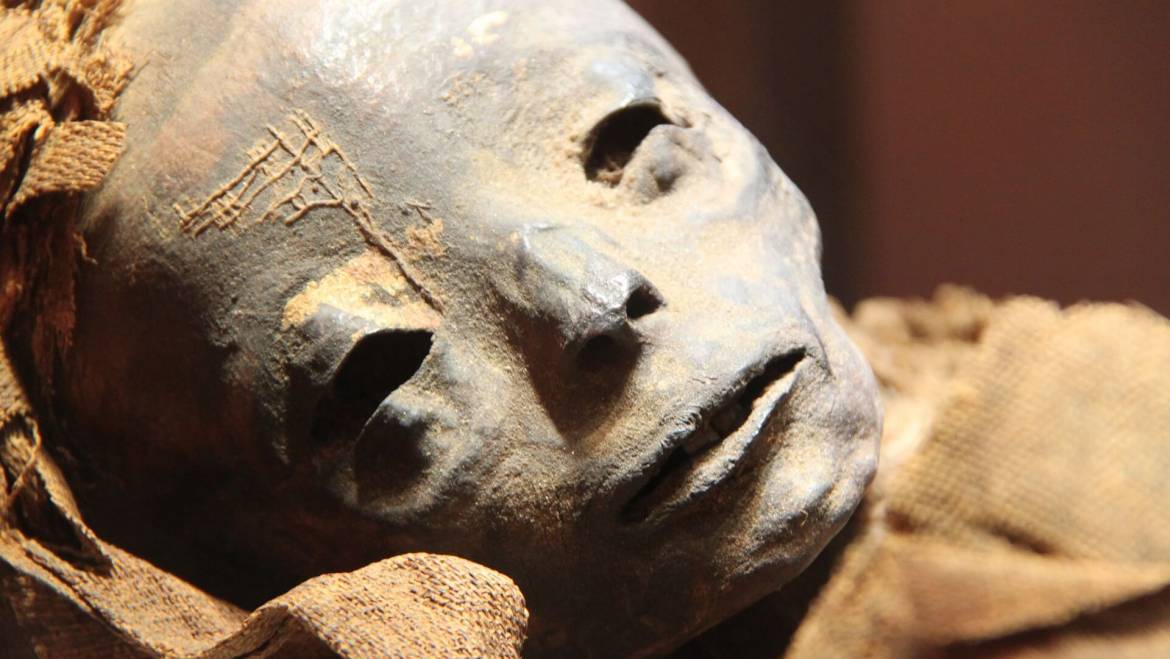 5 BENEFITS OF MYRRH AND ITS USE FOR MUMMIFICATION.

Myrrh is a natural gum or resin extracted from the Commiphora myrrha tree. These trees are native to north eastern Africa (Somalia, Ethiopia and Eritrea) and Arabian Peninsula (Yemen and Oman). The trees are small, thorny and with white flowers. It is extracted by cutting the bark of the tree or making deep incisions. Which allows the sap from the tree to flow out and is allowed to harden under the sun to form the resin which looks like tear shaped droplets. The sap from the tree has a yellowish colour and is viscous in consistency before it hardens. The hardened resin is then scrapped off the trunk and can be used in this form or steam distilled to make myrrh essential oil. 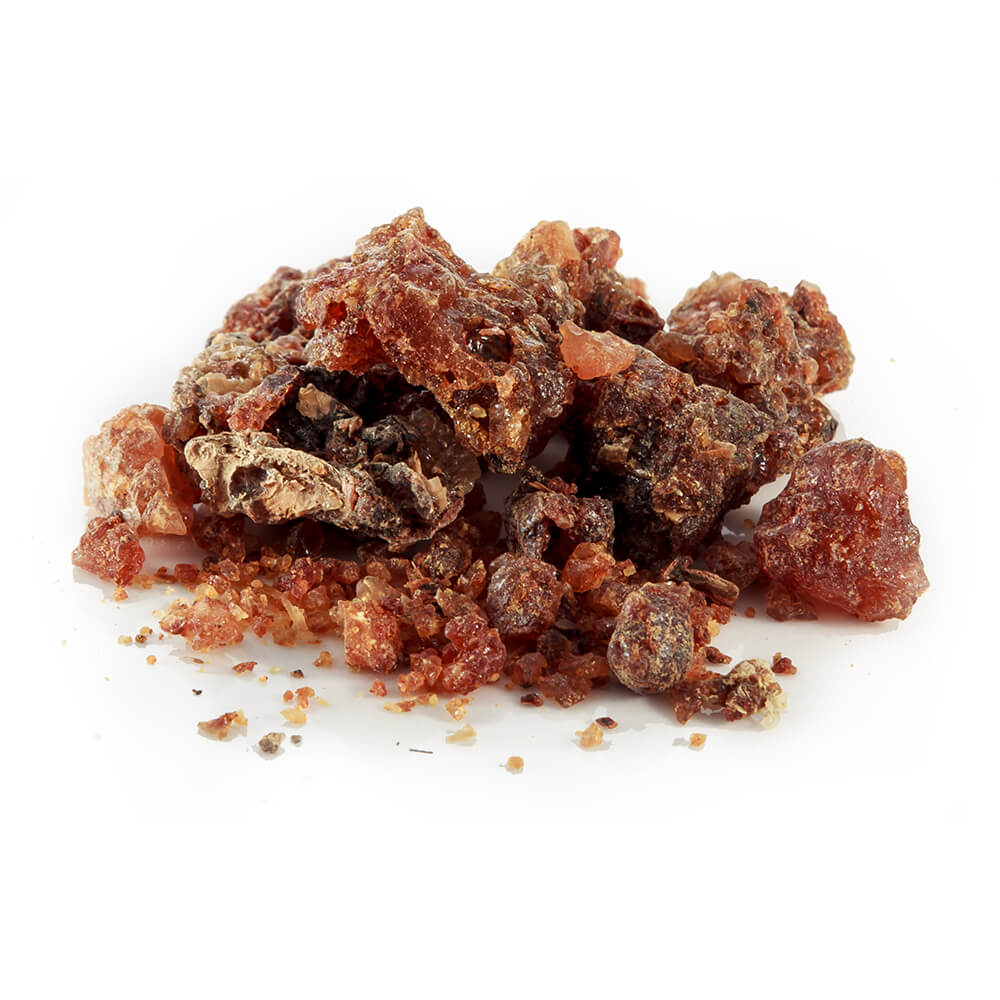 Uses of myrrh in ancient times.

Mummification is the process of preserving the skin and flesh of a corpse. A mummy is a person or animal whose body has been dried or preserved after death. This process was widely practised in ancient Egypt though it was also widespread across the world, by many civilizations. The mummification rituals vary from culture to culture. The ancient Egyptians believed in the life after death. The resurrection of the body. This is actually the main reason the body had to be preserved through mummification, and the body given a proper burial in a fully furnished tomb. They Egyptians buried their dead with their belongings believing that they will be needed in the afterlife. 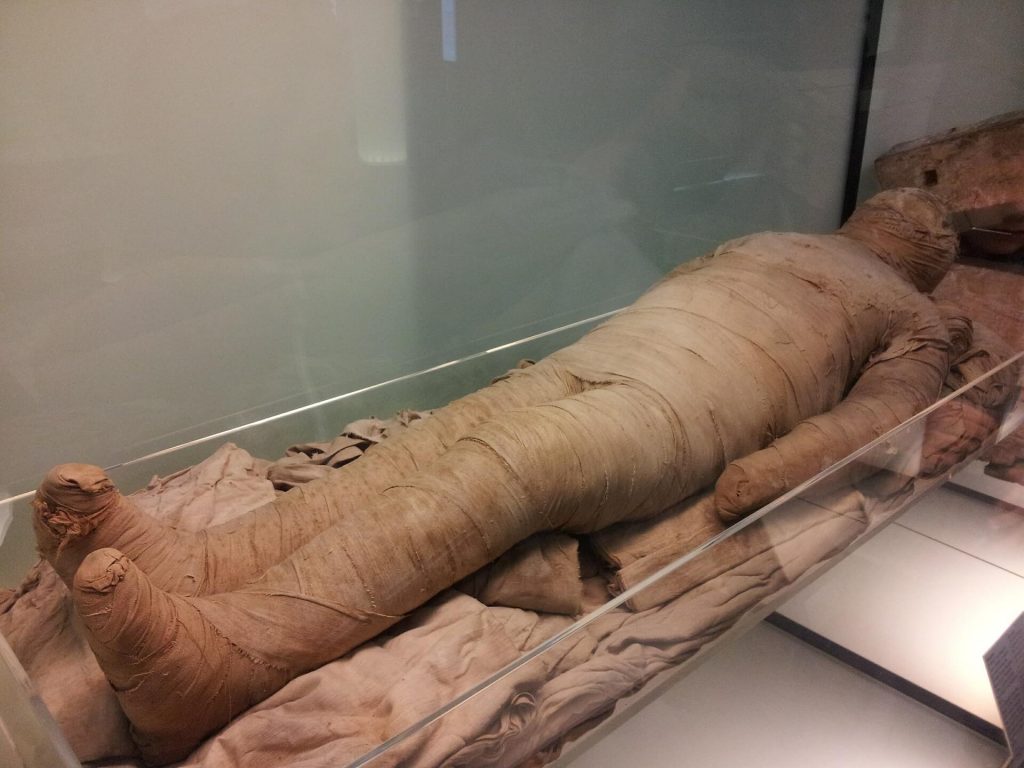 The pharaoh mummies were actually placed in stone coffins called sarcophaguses and then buried in tombs filled with everything they needed from vehicles, wines, tools, food, household items even pets and servants. The process of mummification was actually an expensive process and only the wealthy could afford it. For the poor people, some of the corpses were simply filled with juniper oil to dissolve the organs before burial. Ancient Egyptian priests are considered experts on the mummification process.

Materials and tools used for the mummification process. 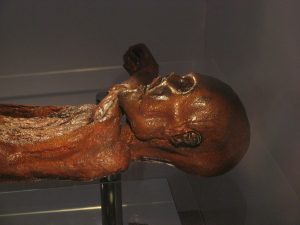 Myrrh that was used was imported from Somalia and southern Arabia. It was used for its scent which is smoky, spicy, bitter, dry and woody. The climate in Egypt made it easy to preserve a corpse but the Egyptians had a mummification ritual which was more elaborate. The mummification process for the wealthy included:

Removing all the internal organs from the body except the heart and placing them in jars.

The body was then filled with Nile mud, sawdust, lichen and sometimes cloth scraps to make it flexible. Onions and linen pads replaced the eyes.

This was left for 30- 40 days for maximum preservation. After that,

5 Benefits of myrrh for skin

Myrrh promotes the regeneration of skin cells which helps increase the production of collagen production in the skin. This increases the elasticity of the skin hence reducing the appearance of pores, fine lines and wrinkles.

Promotes a faster healing of skin infections and wounds

A research done in 2010 showed that myrrh helped in elevating white blood cells around the skin wounds leading to faster healing when applied topically. Myrrh being antifungal and antiparasitic helps fight against skin infections.

Myrrh’s properties help provide overall health for the skin. It calms down any inflammation in the skin and prevents any kind of skin infections. It also regenerates skin cells hence increase the nourishment of the skin.

How to use myrrh essential oil for skincare.

As a face mask.

You will need 1tbsp of bentonite clay or sandal wood powder, 2 to 3 drops of myrrh essential oil and 2 tbsps of rose water to make a paste. Apply paste evenly on a clean face and wait for 10- 15 minutes for it to harden then rinse with lukewarm and pat dry.

Mix myrrh with frankincense essential oil and olive oil as a carrier oil or any carrier oil of your choice then use twice daily after cleansing your face.

People under diabetes medication should avoid using myrrh due to its hypoglycaemic effects.

People under anticoagulant medication are not advised to use myrrh due to its stimulating nature.

Pregnant and lactating mothers should avoid using myrrh oil without consulting their doctor.

Most people can use myrrh on the skin but it is advised to attempt a patch test first to find out if you are allergic to it.

When purchasing myrrh essential oil or rather any essential oil, avoid the ones that are labelled fragrance or perfumed as they do not provide any benefits to your health or skin.

Look for the 100% pure essential oil and those labelled by their scientific name, i.e. Commiphora myrrha for myrrh.

It is best to dilute myrrh essential oil with carrier oil before applying topically to avoid skin irritation.