Black seed also known as black cumin, black caraway, nigella and kalonji has the scientific name of Nigella sativa derived from the Latin name ‘niger’ which means black. Black seed is part of the Ranunculaceae family which is native to the Mediterranean region, Africa, Southwest Asia and the Middle East. It usually flowers annually producing flowers which are delicate and usually pale blue and white with five to ten petals. It has a large fruit with an inflated capsule composed of united follicles each containing numerous seeds which are the black seeds. Nigella sativa is better known as the fennel flower.

For over Five decades , researchers have been conducting extensive scientific studies to investigate the health benefits of black cumin, over 660  peer-reviewed studies so far. 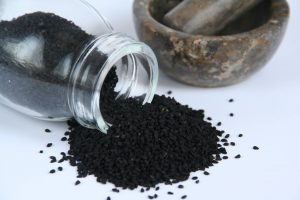 In the ancient times, nigella sativa seeds were found by archaeologists in sites in ancient Egypt, including in Tutankhamun’s (king Tut) tomb. They were also discovered in a Hittite flask in turkey from the second millennium BCE.

Avicenna, a Persian physician described nigella sativa as a treatment for dyspnoea. Black seed was also used in the middle east as a traditional medicine. In the 1st century, Greek physicians used black seeds to treat toothaches, headaches, nasal congestions and intestinal worms. Other Greeks used it to stimulate the onset of menstruation and increase milk production in lactating women

Black seeds were used in culinary too in the ancient times. They were used as spices in polish cuisines, Indian cuisines and middle eastern cuisines.

The Muslims know black seed in their native language as ‘habbatul barakah’ or the seed of blessing because it is believed that prophet Mohammed considered it to be a remedy for all diseases.

N. sativa seed is rich in phenolic compounds used as an antioxidant agent  and in essential fatty acids besides bioactive compounds such as sterols and tocols 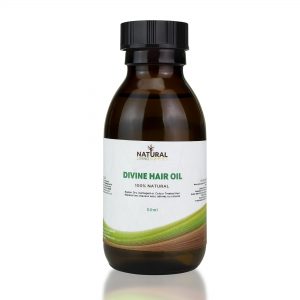 In ancient Egypt, it is stated that Cleopatra used black seed oil for beautiful hair and skin while Hippocrates was fond of using it to treat digestive troubles. Black seed oil has also been used for its stimulating warming and toning effects to enhance and harmonize the mood.

The cold press extraction is the conventional method for oil extraction. It involves no heat and/or chemicals and this is preferred by consumers concerned about natural and safe food.

Black seeds contain really amazing things like; essential fatty acid (linoleic acid and palmitic acid) important to the human diet, organic compounds such amino acids, arginine and glutamate (great for circulation and oxygen to our cells), and minerals such copper, zinc, phosphorus. The oil extract of black seed has been shown to exert effects on various systems including the respiratory, cardiovascular, gastric and uterine and smooth muscle.

Black cumin seeds have been used to successfully promote healthy living for over 3,300 years.

How to use black seed oil.

The recommended dosage varies from, 40-80 mg/kg daily of black seed oil for allergies, to 500 mg of dried black seeds for opiate addiction.

As a shampoo or conditioner for hair and scalp health.

Add a few drops of black seed oil to your shampoo and/ or conditioner then use it for your hair normally.

For a warming massage.

Add black seed oil to your home massage oil and use it to massage your body.

As a homemade perfume

Add black seed oil as a base for your perfume because of its peppery scent.

The potent anti-cancer potential of N. sativa is well established through in vitro and in vivo studies using different cell lines and animal models.

Black seed plant is one of the most extensively studied, both phytochemically and pharmacologically.  They contain amino acids, proteins, carbohydrates, fixed and volatile oils

In 2005 Researchers found that after eight weeks of receiving 5 milliliters of black seed honey daily, patients given the black seed honey combination experienced improvement in symptoms of indigestion.

Always do a patch test before using black seed to avoid allergic rashes on your skin or in your mouth when ingested.

Pregnant and lactating mothers should consult their doctor before using black seed oil.

Persons who are about to undergo surgery should stop using black seed oil two weeks prior the surgery.

No additives added to the oil.

Store black seed oil in a cool dry and dark place preferably in a dark glass bottle away from heat and light to prevent it from going rancid and definitely away from children’s reach.