Warning: Use of undefined constant ‘CONCATENATE_SCRIPTS’ - assumed '‘CONCATENATE_SCRIPTS’' (this will throw an Error in a future version of PHP) in /home/customer/www/naturallivingsupplies.co.uk/public_html/wp-config.php on line 76
 Lavender Oil Benefits and Uses \ Benefits For hair Skin and WellBeing |

Lavender oil is one of the most widely recognised essential oils in the world. It’s first recorded use is over 2,500 years and continues to be one of the most beloved oils because of its healing benefits and versatility. The lavender oil is traditionally believed to have sedative, carminative, anti-depressive and antiinflammatory properties, in addition to its recognised antimicrobial effects. In modern times, lavender oil benefits and uses include aromatherapy, baked goods, candles, cosmetics, detergents, perfumes, jellies, massage oils, bath salts, powders, shampoo, soaps, deodorants, natural-preservatives, honey production and tea. 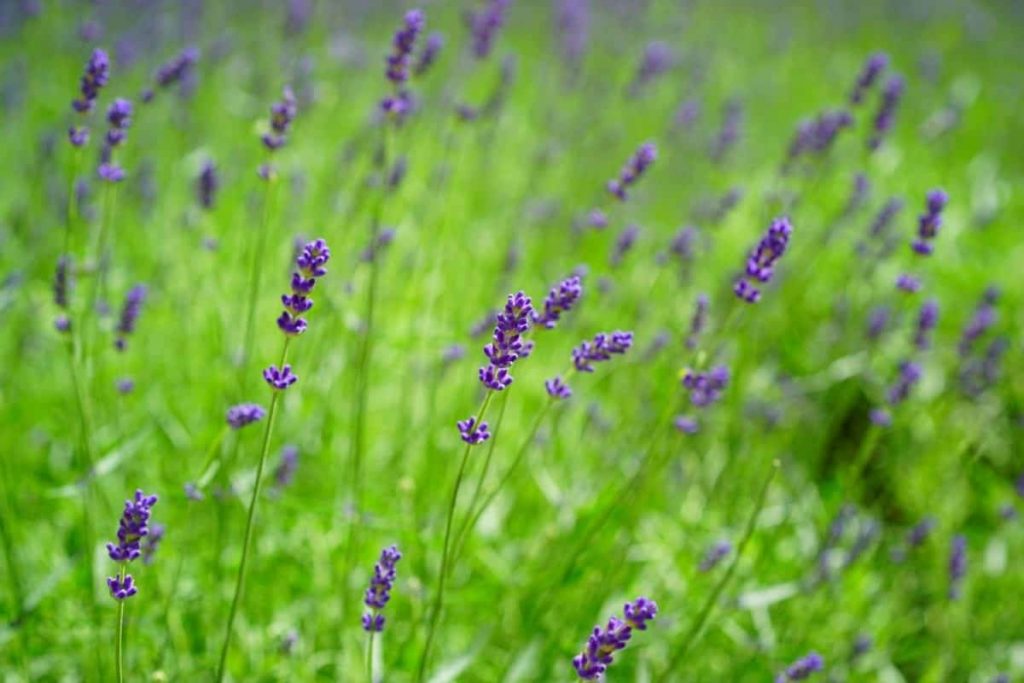 Lavender is one of the most commonly cultivated plants in the world on account of its essential oils properties.  It first originated around the Mediterranean in poor, rocky soils and mild coastal climates, and is now cultivated all over the world. The main cultivation areas of lavender are in Europe, the Middle East, South West Asia, and North Africa. Lavender belongs to the Lamiaceae family, formally called Labiatea. The genus Lavandula  has a 47 different species and hundreds of varieties and  hybrids. There are three types of lavender species that are mostly cultivated and recognisable :

Lavender are a species of perennial shrubs which are mostly grown for the extraction of essential oil. The lavender plants are small shrubs with grey green leaves and flowering shoots. The leaves can either be simple or pinnate. Flowers which are lilac or blue in color are produced on the shoots or the spikes of the shrub.

Lavender (Lavandula) is a bushy or  woody  perennial (which means it lives throughout the four seasons), with a typical productive life of about 10 to 20 years, and ranks highly as a sustainable crop because it does not rely on fertilisers, pesticides or chemicals. No insect or animals prefer them as food and they do not require regular watering. lavender shrub grows  0,3 to 1,2 m high.

Steam Distillation is the most popular method used to extract and isolate essential oils from aromatic herbs such lavender .  This happens when the steam vaporizes or liberates  the volatile oil compounds, from the plant cell membrane in presence of high temperature and moisture and then cooling the vapour mixture to separate out the oil from water. The plant parts used for essential  oil distillation are the flowers and, in smaller quantities, the  leaves. Essential oil content in lavender flowers, obtained by steam distillation, ranges from 1–3%,

Lavender oil  main active ingredients are monoterpenes (linalool, linalyl acetate, lavandulol, geraniol) , lavender is  known to be effective for the recovery of fatigue, the relaxation of stress, the growth of cells, the reproduction of skin, and alopecia areata  Among these constituents, linalyl acetate ester is effective for the relaxation of nerves, and as a tincture, linalool has antifungal effects (9). Aroma therapy is one of the alternative medicines that are currently gaining much attention

Uses of lavender in ancient time.

Ancient Egyptians used lavender for mummification and also as a perfume. It is actually said that a faint lavender scent was detected in King Tut’s tomb when it was opened in 1923. It was also used in cosmetics and medicine.

The Greeks learnt a lot from the ancient Egyptians about the uses of lavender. The also used it as a perfume but instead of using them on their heads like the Egyptians, the used it in their feet. They believed that the aroma would move from their limbs to their upper body and to their nose. They also used lavender to clean wounds, burns or other skin ailments.

The romans used lavender oils for bathing, washing, while cooking and also to scent the air. The romans gave lavender its Latin root from which they derived the current name from (lavare which means to wash or livendula meaning livid).

Lavender was used during the 1st world war to dress wounds because there was a very low supply of antiseptics.

In the European royal history, queen Elizabeth Ⅰ of England not only wanted a lavender conserve at the royal table, she also wanted fresh lavender flowers available in the castle every single day of the year. Queen Victoria really liked using lavender oil. She actually influenced most ladies if not all. Fresh lavender was bought from street sellers then dried and put in muslin bags then used to scent the wardrobes. Lavender was also used as a perfume, furniture polish and even soap. A royalty in France, Charles Ⅵ, always demanded for lavender filled pillows everywhere he went while King Charles Ⅳ had his seat cushions stuffed with lavender.

In the medieval times, the women who used to wash clothes were known as Lavenders because of they used to air dry the clothes on lavender bushes and also scented the drawers used to store the clothes with lavender.

In France during the 16th century, lavender was regarded as an effective protection against infection. The prices of lavender rose during the great plague of 1665 when lavender was thought to be the herbal cure for all especially against this terrible disease.

Other uses of lavender in the ancient times were: as an insect repellant.

In many Christian houses in ancient times, a cross of lavender was hung at the door for protection. It was also used in temples to prepare the holy essence. It was stated in the bible using its Greek name nard.

Use of lavender in modern times.

The world production of high-quality lavender oil is 200 metric tons per year, the extensive lavender oil production is due to its widespread uses by various industries, such as
pharmaceutical, foods, beverages, liqueurs, perfumery and cosmetics, and Eco-friendly pesticides

One of the founders of modern day aromatherapy, René Gattefosse confirmed the healing and antiseptic properties that lavender has by using lavender oil when he got burned on the head. It was a really bad burn. It is said he used lavender oil which stopped the pain and healed the burn quickly without leaving any scars. Apart from skincare benefits, lavender also has health benefits namely; Lavender is commonly used in aroma therapy to relieve muscle pains and stimulate circulation of the blood, It relieves stress and anxiety, It supports brain function, improves mood and reduces stress, it is used to treat diabetes naturally, relieves pain and headaches, improves sleep and used as a complimentary therapy for cancer.

Lavender is said to be effective in treating hair loss (alopecia areata) which is a condition where by hair is lost from some or all areas of the body. It also promotes the growth of healthy hair.

Lavender can be used at home as a non-toxic air freshener, boosts flavor in foods, and also as a natural perfume.

How to use lavender essential oil for great looking skin.

For acne prone skin you will need lavender essential oil and do a spot treatment using the oil. Or you can dilute the oil and mix it with a carrier oil of your choice for a daily moisturizer.

You can use lavender essential oil as a toner for your skin as well by mixing the oil with rose water and spritzing it on your face after cleansing.

2016  study done in south Korea  found that lavender oil applied on bald patches of mice made their hair grow thicker and denser. The hair follicles in the lavender group were also deeper, which is a sign of stronger roots and active growing hair. Lavender oil also contains antimicrobial and antibacterial properties which both improve scalp health

When massaged into the scalp preferably with a carrier oil such as olive oil castor or jojoba  oil , lavender essential oil stimulates the follicles and promotes hair growth.

Pregnant mothers and those who are breast feeding are not allowed to use lavender during this time because its safety for them has not yet been confirmed.

Patients supposed to undergo surgery are advised to stop using lavender two weeks prior to the surgery because lavender is thought to slow down the central nervous system.

Young boys who have not reached the puberty age are not advised to use lavender because it may have some hormonal effects which could disrupt the normal homes in their body. There have been cases of young boys developing abnormal breast growth.

Finding the right quality essential oil can be a problem especially with lavender having a family of 47 species. Knowing the right scientific name of the oil can be important to help with your shopping. Good quality oils will work best for you.