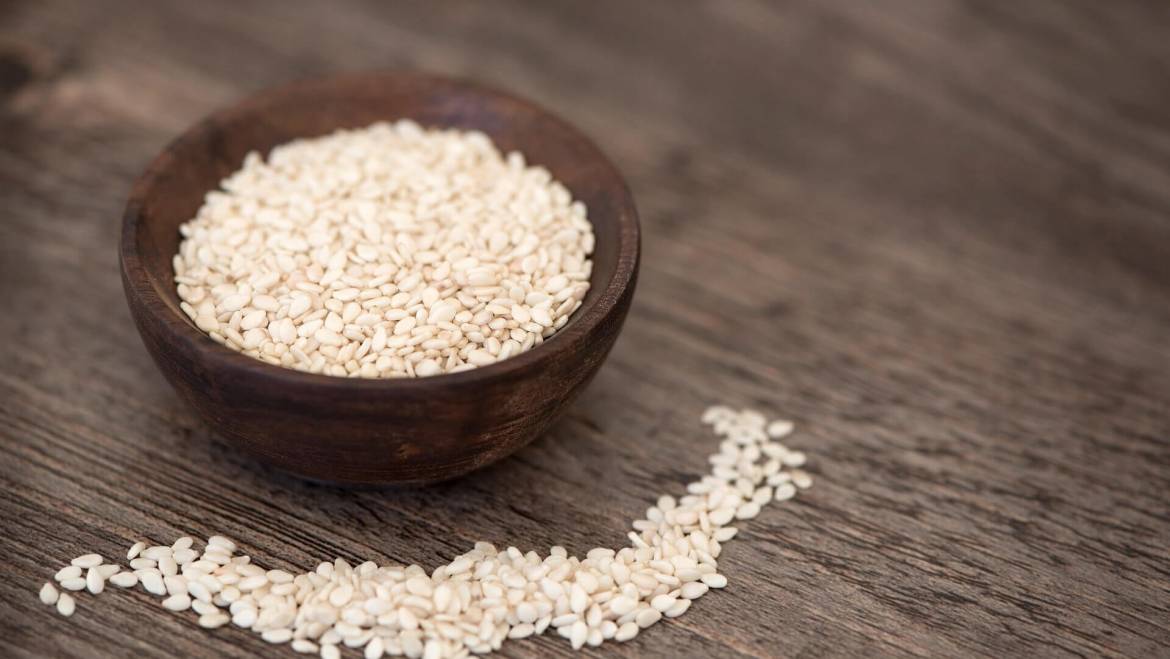 Sesame seeds, native to east Africa and India, comes from the oleaginous seed  plants and its scientific name is sesamum indicum (it is believed that the name indicum comes from the name India). Its uses ranges from medicinal, cosmetic and culinary uses. India is the worlds largest exporter of sesame seeds and oil while Asia comes in second as the consumer.

Sesame oil comes in various colours depending on where it has been made. Cold pressed sesame oil is pale yellow in colour because it is produced directly from raw seeds, Indian sesame oil is golden while east Asian is commonly a dark brown colour, due to it being roasted and toasted.

It is believed that the Assyrian gods drank wine made from sesame seeds before creating the earth.

The ancient Indians on the other hand used sesame during funerals to help the dead in their passage to the other world.

Ancient Egyptians made medicine using the seeds while the oil was used for ceremonial purification processes.

In china, as early as the Ming dynasty, the cui family used to grind sesame oil at home. Also, the ancient Chinese books state that taking sesame seeds and oil would make them beautiful due to its antiaging properties. Also, a Chinese legend from the Qing dynasty states that the emperor sent a governor to present day japan to find medication for immortality. The governor went searching in the forest for many years till one day he returned with sesame seeds and asked his emperor to consume the seeds and oil regularly for longevity. It is said that this medication combined the energy of three thousand men and women of ‘pure spirit’.

One tablespoon (13.6 g) of Sesame oil serves 120 Calories. The total fat content is 13.6 g, out of which saturated fat content is 1.9 g and monounsaturated fat is 5.4 g. Sesame oil is also rich  in proteins ( 20%) and minerals. A study in France showed sesame oil is of unsaturated type and contains mainly the fatty acids oleic (38.84 %) and linoleic (46.26%). Oils with a high content of unsaturated fatty acids are more susceptible to oxidation, rapid degradation and polymerization by free radical mechanisms. However, sesame oil has a peculiar characteristic: the presence of the natural antioxidants which gives it high oxidative stability. 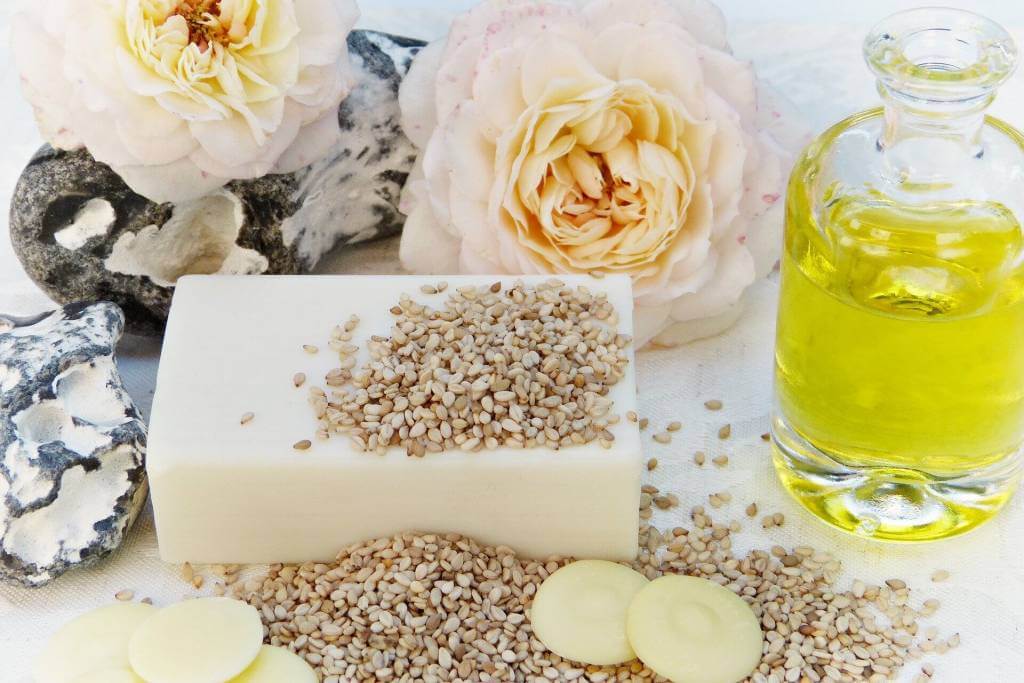 Promotes glow in the skin

Heals the skin from inflammation

Keeps the skin moisturized and hydrated 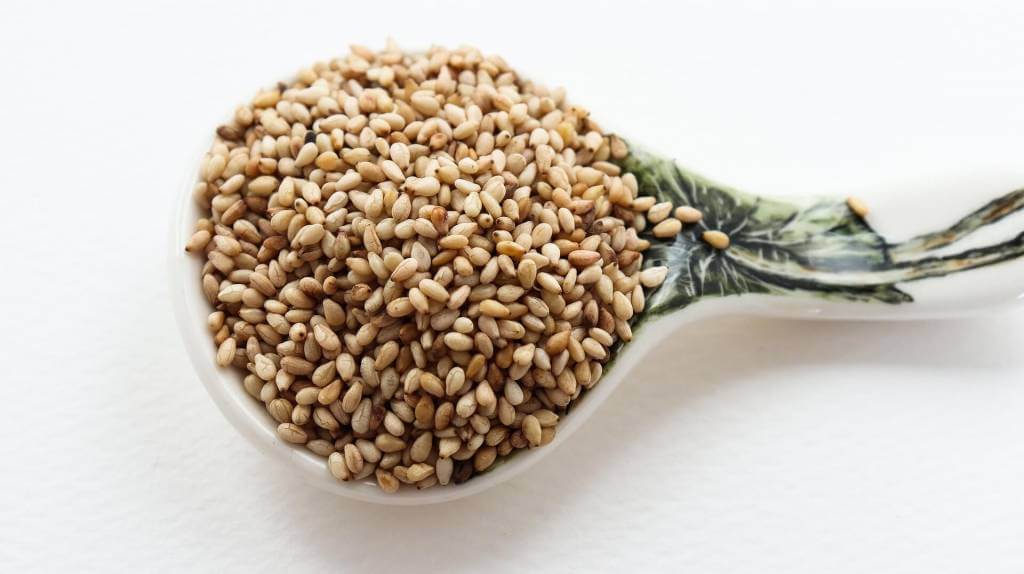 sesame seed oil has got anti-inflammatory properties which is great for acne skin because acne is caused by the skin being inflamed and these properties will help in reducing and soothing inflamed areas of the skin. Its antimicrobial properties mean that it will kill any and all microorganisms that causes acne thus preventing the growth of more acne. Its high content of essential fatty acids will help

How to use sesame seed oil.

Sesame seed oil is not an essential oil and therefore does not need to be diluted with another oil. But you can mix it with other oils and essential oils if need be.

You need two teaspoons of sesame oil. Use it every morning when you wake up as a mouth wash. Gargle the oil for 2miutes straight then spit. Brush your teeth afterwards normally.

This will help kill all the dental bacteria in your mouth, help will fresh breath and whiter teeth.

You will need sesame seed oil (you can use it by itself), your preferred essential oil (frankincense, tea tree, myrrh, lavender) and or a carrier oil of your choice. Mix them well together and use it twice daily.

You will need sesame seed oil by itself or you add peppermint essential oil and castor oil. This will help moisturize your hair and increase the growth of your hair.

Sesame seed oil can relieve joint pains and reduce inflammation. You can heat the oil a little bit then you it on freshly cleaned body and massage to the areas of concern.

Sesame seed oil is considered safe to use unless it causes a reaction to your skin especially for people with sensitive skin. It is highly recommended that you do a patch test before using it.