Benefits Of Tumeric (huruud) for skin

Benefits Of Turmeric (Huruud) for skin

For centuries, Huruud (turmeric in Somali)  has been a beauty secret amongst Somali women, it’s a common sight in many a Somali household, to see mothers walking around the house, doing the chores with huruud (turmeric) and qasil mixed with water on her face

Turmeric, also known as the Indian saffron or golden spice is a flowering plant of the ginger family, Zingiberaceae. It is known as Curcuma longa scientifically and it is native to India, southeast Asia and some parts of central America. The turmeric plant is rhizomatous, herbaceous and perennial. They are usually gathered for their rhizomes.  If the rhizomes are not going to be used fresh, they are turned to powder by boiling in water for about 30-45 minutes then dried in a hot oven or  dried in the sun in a 5-7 cm thick layer for about 2 weeks and ground into the powder spice which is a deep yellow orange turmeric powder.  The yield is 10-30%. This spice powder is usually used as a colouring agent in many Asian cuisines.

Turmeric is a spice that has received much interest from both the medical/scientific worlds as well as from the culinary world. Extensive survey of the scientific  literature revealed that turmeric is highly regarded as a universal remedy in the herbal medicine with a wide spectrum of pharmacological activities

Turmeric (Curcuma longa L.) is a rhizomatous herbaceous perennial plant of the ginger family, Zingiberaceae, turmeric and ginger are very similar and belong to the same ginger family of plants. Turmeric, like ginger, are derived from roots.The turmeric blooms are green and white edged with vibrant pink with white flowers.

Turmeric plants reach about 1 metre in height and bear long simple ovate-lanceolate leaves with long petioles (leaf stems). The leaves emerge from the branching rhizomes that lie just below the soil surface.  The plant does not have a well-defined stem. It is a pseudostem which is shorter than the leaves. Generally turmeric is ready for harvesting within 7-9 months. Turmeric needs a warm, humid climate for growth and 1500 to 2250 mm per annum  rainfall. Turmeric is a plant known by its medicinal use, dating back to 4000 years ago in the Vedic culture in India and is widely used in herbal and complementary medicine

Turmeric contains anti-inflammatory properties that can help calm redness, reduce the appearance of scarring, brighten skin, and even help fight acne. Turmeric may also revive your skin by bringing out its natural glow.

Dr. Nadia Musavvir, a naturopathic doctor based in L.A. and Chicago  stated. “Its anti-microbial, anti-inflammatory and antioxidant properties have been shown to reduce the appearance of wrinkles, as well as brighten the skin by lightening dark spots and improving overall skin tone.”

As a powder, turmeric has been used as a spice in vegetable and meat preparations in many Asian countries for centuries. Turmeric adds a distinctive  yellow colour and flavor to foods. Turmeric contains 69.4% carbohydrates, 6.3% protein, 5.1% fat, 3.5% minerals, and 13.1%. moisture. 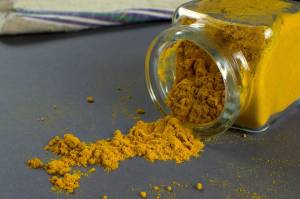 Curcumin, the most active component of turmeric, makes up 2–5% of this spice. The yellow colour of the turmeric is due to the curcumin compound. The yellow coloured compound of turmeric was isolated in 1842 and was named curcumin.  After a long-term use in traditional Ayruvedic medicine, modern scientific community discovered that curcumin has beneficial effects on a variety of diseases and pathological conditions.

Curcumin has shown to possess anticancer effects by blocking transformation, tumour initiation, tumour promotion, invasion, angiogenesis, and metastasis. In 1995, it was discovered that curcumin inhibits NFKB, pointing toward curcumin’s potential as an effective and safe anti-inflammatory agent.

Curcumin has been used mainly in three main areas for more than 2000 years foodstuff, cosmetic and medicine. Since the first article on curcumin published in The Lancet in 1937 over 2500  more publications have appeared in the National lnstitutes of Health pubMed

Inflammation is the body’s immune system’s response to an irritant. The irritant might be a germ, but it could also be a foreign object, such as a splinter in your finger.When the body experiences injury, irritation, or infection, an acute inflammatory response occurs to heal the affected tissue.

Extensive clinical trials over the past several decades have addressed curcumin’s against many diseases in humans. However, research
on curcumin accelerated much earlier when it was found to have not only anti-inflammatory properties but also cholesterol-lowering, anti diabetic, and antioxidant properties

Because of its chemical structure, curcumin (from turmeric) is a strong antioxidant and free radical scavenger and can therefore prevent diseases that involve damage caused by free radicals. Turmeric is therefore a powerful anti-inflammatory agent . 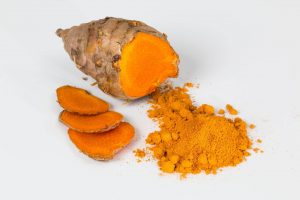 Turmeric possesses more than 300 different components, including phenoliccompounds and terpenoids , benefits of turmeric include;

Turmeric benefits for the heart and blood (cardiovascular)

Turmeric benefits for the Body

How to use turmeric for great skin.

Turmeric as a face mask.

You will need turmeric powder, bentonite clay, an essential oil like frankincense, milk, hydrosol , water (any of your choice). Mix the ingredients together to make a fine paste. On a freshly cleansed face, apply the paste evenly all over the face and let it sit for about 10-20 minutes. Rinse it out with lukewarm water.

As a face scrub

You will need turmeric powder, sugar crystals, an essential oil of your choice and a carrier oil of your choice. Mix the ingredients together and apply on a freshly cleansed face. Scrub the face gently for about a minute or two and let it sit on your face for about 10 minutes and scrub once more then rinse off with lukewarm water and use a gentle cleanser to cleanse your face.

As an ingredient in soap making.

Turmeric has been used in soaps to brighten the skin and help with scarring.

First you need to check if your body has any reactions to turmeric. So, if you are to consume it, you need to take a little turmeric before you increase the quantity.

If you are to use turmeric topically on the skin, you need to test it on your fore arm by applying a dime sized amount and wait for 24 to 48 hours to see if you will react to it. Reaction can be seen by any irritation, redness or swelling on the skin.

Turmeric temporarily stains the skin and anything it gets into contact with. This is normal so you need to be careful when using turmeric near items you don’t want to stain.

Turmeric has a low bioavailability meaning that your body metabolism burns it off quickly and your body doesn’t absorb it quickly.

If you are under medication, turmeric may react to them so it is advised to consult your doctor to find out if you are clear to use turmeric alongside medication.

If you are to undergo surgery, stop using turmeric two weeks prior to the surgery to avoid the risk of over bleeding.

Do not use turmeric on your skin if you are allergic to the spice in food.