The Different Types of Frankincense 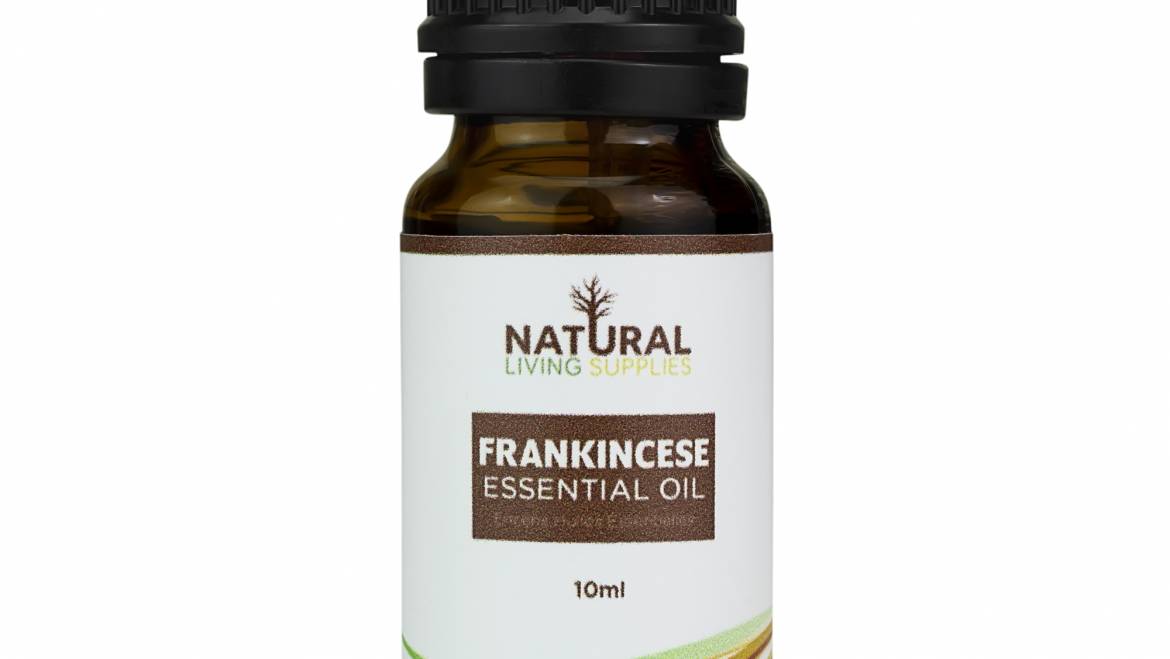 The Different Types of Frankincense

Frankincense is an aromatic resin, obtained from trees of the genus Boswellia, particularly B. sacra, B. carterii , B. frereana.,B. frereana. B. serrata, B. papyrifera and  B. negleta .    There are approximately twenty-five species in the Boswellia genus.

Frankincense is a complex mixture of essential oils and alcohol soluble resins, and the remaining are water-soluble gums which are poly-saccharides.

Origin of the name ‘Frankincense’

The trading Arabs called the milky sap of the frankincense tree al lubn (milk) The same word gave rise to the name of Lebanon, whose mountains were always capped by milky snow. Al lubn became olibanum (medieval latin), which is another name for frankincense. 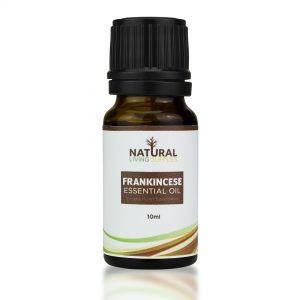 There are seven main species of frankincense (Boswellia) that produce true frankincense in this world. Frankincense comes in many grades, and its quality is based on age, purity, aroma, and colour. Type of frankincense grades include; grade Ⅰ, grade Ⅱ and grade Ⅲ. Geographical conditions create diversity in the gum resins of plants like Boswellia. Many aromatherapists agree that though Frankincense is a highly variable species, the benefits are very much the same. 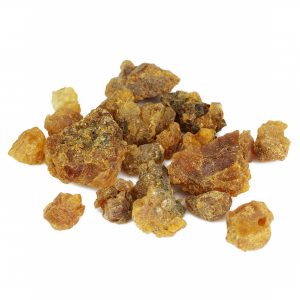 It grows in Somalia and the Dhofar valley in Oman. This valley is still the leading source of frankincense in the world today and the highest quality resin (silver and hojari) are only found there. The trees of Boswellia sacra are considered unusual because they can grow in harsh environments even on a solid rock. It is harvested in Sanaag and Bari regions in Somalia. In Dhofar, which is in Oman Boswellia sacra grows north of Salalah.

Boswellia carteri and Boswellia sacra are considered one of the highest quality frankincense resins are generally recognized as a single, highly variable species. A study in 2012 conclusion that B. sacra and B. carterii  are not synonymous but rather two distinct and individual frankincense species

The Boswellia sacra  tree produces frankincense resin when they are 8-10 years old. After small incisions have been made on the tree trunk or branches of the tree, the resin is drained or tapped and a milky substance comes out the tree which coagulates when in contact with air. This is often collected by hand. Boswellia sacra has got an aroma that is green and refreshing which smells like sweet camphor and lime. Boswellia sacra is  composed of about 5–9% essential oil, 65–85% alcohol-soluble resins, and the remaining water soluble gums 30–40%

Boswellia sacra  has the highest levels of alpha-pinene which is typically coming from Oman an is an oil-rich resin with oil yields around 9-10% essential oil and with alpha-pinene levels up to 80%. The alpha-pinene comprise of important compounds derived from frankincense essential oil that exhibit various biological activities, which makes them useful for various applications and uses, e.g., as fungicidal, antiviral, and antimicrobial agents.

This species was named after the English surgeon H.G. Carter who was the first to discover it in his expedition in Southern Arabia at 1846.

Boswellia carterii is great for aromatherapy i.e. meditation and relaxation processes because it has a green, balsamic aroma which is light, crisp and soft.

Among the Boswellia species tested in a study in 2015, B. carterii showed the most widespread antibacterial activity.

The alpha-pinene of Boswellia carterii, typically coming from Somaliland has a 30-60% alpha-pinene. The yield of this oil is typically in the 5-6%

Studies have shown that Boswellic acid is found in these species of frankincense.

Boswellia carteri and Boswellia sacra are both excellent for incense, with plenty of smoke, with a Sweet, Light, Warm, and Resinous aroma.

Chewing frankincense resin (as you would chewing gum) is a very beneficial practice for oral health and digestive tract purification. Papyrifera, carterii, frereana, and hojari are the best frankincense resin for chewing.  A report in 2014 concluded  frankincense herbal product may be feasibly and safely applied to improve mouth hygiene for all ages.

It grows in Somalia and it is also known as ‘Dhidin’ and ‘Maydi’ by the locals. It is actually considered the ‘King of all frankincense’. The locals used this species of frankincense for medicinal purposes and actually used it to make a paste called ‘malmal’ which was used to treat inflammation and arthritis when topically applied to the affected area. It is the source of Coptic frankincense treasured by the Coptic church and Saudi Arabian Muslims. There is no Boswellic acid in Boswellia frereana.

Boswellia carteri  and Boswellia frereana are both deciduous to semi-deciduous trees, rarely growing higher than 8 m .

B. frereana  is highly branched near the base. The leaves are densely crowded on the shoot apices and the bark is frequently exfoliating. Boswellia carteri trees yield a milky yellow-brown aromatic gum resin locally called “beeyo”. The resin from B. frereana trees yield golden colored and large tears called “maydi” .

This species of frankincense is well known for its rejuvenating benefits for skincare. It helps fight against aging and repairing damaged skin. This type of frankincense has a strong spicy scent close to that of citrus orange and when burned as incense, it produces a sweet resinous wood scent.

Boswellia frereana essential oil is composed of 2 – 67% alpha-pinene type ,  octyl acetate at 63.5% is the most abundant volatile in B. papyrifera and has on essential oil yield of only around 2% . Unlike other members of the Boswellia family (whose boswellic acids are known to have anti-inflammatory properties), there are no boswellic acids present in B. frereana.

It is the frankincense that grows in India. It is also known as Indian olibanum, Salai guggul and Sallaki in Sanskirt. It is native to much of the Indian region and the Punjab region which extends to Pakistan. This species of frankincense yields a higher amount of essential oil, which makes it slightly cheaper than other frankincense essential oils. It is mainly burned as incense and used in ayurvedic medicine. In India, Boswellia serrata is mostly produced in the states of Andhra Pradesh, Gujarat, Madhya Pradesh, Jharkhand and Chhattisgarh.

Its tree is a moderate to large sized branching tree which grows in dry mountainous regions. Its extraction process is a bit different. After the incisions have been made to the tree and tapped, the resin is stored in a specially made basket made of bamboo for about a month. During this time the fluid from the resin locally known as ras, keeps flowing out. The residue in the basket is the gum resin which hardens slowly into tear shaped products. They are the broken down using a mallet and then all impurities removed manually. The resin is then graded. This species of frankincense is mostly used as medicine and is mostly not safe for kids.

Boswellia serrata is a great choice to aid relief caused by any inflammation be it swollen joints, arthritis and can also soothe menstruation pain. Boswellia serrata contains 30% Boswellic acid.

Boswellia serrata has a sensual spicy lavender scent to it.

It is the frankincense that grows in Ethiopia, Eritrea and Sudan. It is also known as Sudanese frankincense. It produces a transparent oily resin. It is a deciduous tree with thick branches. It has a smooth bark which peels off in large papery pieces and is pale yellow brownish. It has sweet smelling flowers which are white pink. It grows in acacia-commiphora woodland and wooded grassland. Boswellia papyrifera is found in Tigray, Gonder, Gojam and Shoa regions of Ethiopia which are dry kolla agroclimatic zone. They actually often grow on steep rocky slopes or sandy river valleys. The frankincense resin of Boswellia papyrifera comes in a semi-translucent yellow tear and produces a wonderful lemon pine scent, strongly as oranges, when burned as incense.

This type of frankincense is a rare species of frankincense which is abundantly found in East Africa most especially in Kenya and scarcely in Ethiopia, Somalia, Tanzania and Uganda. The Boswellia negleta resin appears to be different from the rest of the other species of frankincense. It is black therefore also known as black frankincense and ‘dakkara’ to the Kenyans. It is mostly used as incense and as an ingredient in making perfumes and also for medication. During its extraction, the sap resin of Boswellia neglecta oozes out of the tree after incisions and cuts have been made, then it seals the ‘injury’ of the tree by drying on the cut. It dries down black on the outside and still remains slightly sticky on the inside because of the moisture sealed in and essential oils. Boswellia neglecta resin has a dark masculine scent which is close to the earthy, musty scent of leather. The aroma it emits from the essential oil is a warm rich balsamic vanilla scent with amber, mixed with a clean refreshing sweet camphor slightly drier than Boswellia carterii. It supports clear minds by promoting deep gentle breathing.

Other types of Frankincense

Boswellia Thurifera grows in the regions of Yemen, Iran, Sudan and Somalia. Larger in size compared to that of Boswellia Papyifera. Used widely by the Jordanian’s it has been scientifically tested to show that it helps promote fertility and aphrodisiac. Extracted as a soft resin for incense.

Boswellia dalzielii inhabits wooded open savannas from Chad to Mali; the most significant populations appear to be in Burkina Faso, Nigeria,and Mali. The trees are 4–13 m tall, typically with papery or scaly bark, fragrant white flowers and aromatic resin. Although Boswellia dalzielii resin harvesting has only recently increased in west Africa ,  the bark is harvested extensively for its use in tinctures to treat malaria, toothaches, sores,and snakebites

The Extraction of Frankincense oil.

Frankincense is the dried sap of the tree that is harvested by slashing the bark of the tree a process known as stripping or making deep incisions (tapping) in the tree with special knives. The sap from the tree flows out and hardens in the sun. This hardened sap is known as resin and look like irregularly shaped, glossy and transparent stones. The resin is collected and sorted for quality. the larger and lighter the resin, the better the quality.