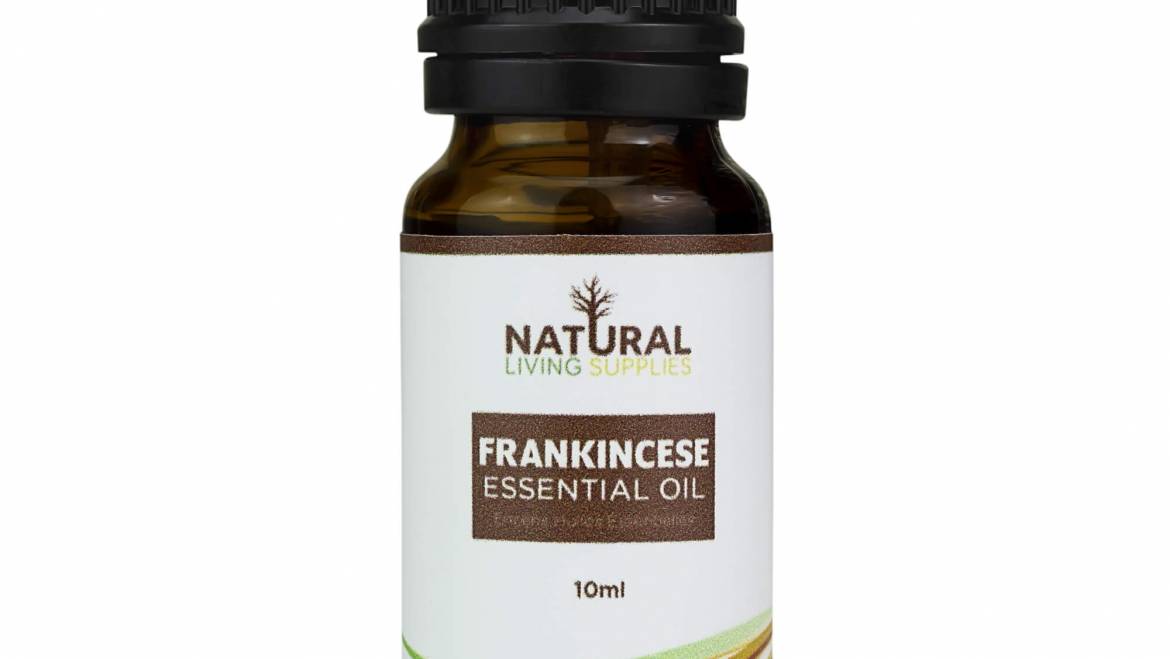 Myrrh derived from an Arabic word for bitter, murr or maror, is the natural gum or resin that is extracted from a tree from the genus commiphora and species myrrha, hence the scientific name commiphora myrrha. The generic name, Commiphora, is derived from the Greek kommi for gum and phoros for carrier. A gum-resin that comes in the form of drops or globules of various colors and sizes, of a pretty strong but agreeable smell, and of a bitter taste.

These trees are native to north eastern Africa (Somalia, Ethiopia and Eritrea) and the Arabian Peninsula (Oman and Yemen now Saudi Arabia). The trees are small, thorny and they have white flowers Myrrh is extracted the same way as the frankincense resin do not grow more than 9 feet in height, but they are of sturdy build, with knotted branches, and branchlets that stand out at right-angles, ending in a sharp spine. Many Commiphora spp. trees are leafless for most of the year and have flowers, which are unisexual and dioecious,

The bark of the tree is cut or deep incisions are made in the tree. The sap also known as resin is allowed to flow out of the tree and is allowed to harden then scrapped off the tree trunk. The resin looks like tear shaped droplets. Myrrh resin can be used in the dried hardened form or steam distilled to yield essential oil. Myrrh has a scent that is smoky, spicy, sweet, bitter, dry and woody. The sap from myrrh trees has a pale yellow colour and a viscous consistency before it hardens into a reddish-brown tear-shaped mass about the size of a walnut. Modern studies have shown that myrrh is 3–8% essential oil, 25–40% alcohol-soluble resin, and 30–60% water-soluble gum. The myrrh gum contains polysaccharides and proteins, while the volatile oil (essential oil) is composed of steroids, terpenes and sesquiterpenes.

In Somali myrrh gum is known as malmal. Not be confused with xabag Xadi and hagar Opoponax sweet myrrh which are low grade of myrrh. In the Chinese medicine books,myrrh is called Mo Yao  没药. The People’s Republic of China is the largest market for myrrh and frankincense resins, mainly for use in traditional medicines. 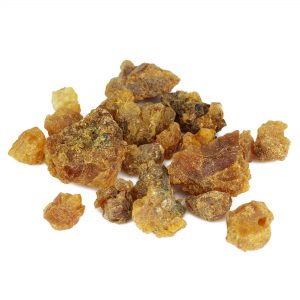 Myrrh in the bible

Myrrh dates back to Exodus when the Israelites would use myrrh as a main ingredient in holy anointing oil when Joseph of Arimathea and Nicodemus go to bury Jesus, they bring myrrh for the embalming process. It also formed part of the gifts brought by the wise men from the east, myrrh frankincense and gold . It was a custom of the Jews to give those who were condemned to death by crucifixion “wine mingled with myrrh” to produce insensibility“diminish drunkenness”.. Myrrh had a greater value than gold when Jesus was born. Myrrh had additional uses such as: fixing oral health, creating youthful skin and boosting the immune system.

According to the Encyclopedia of Islamic Herbal Medicine “The Messenger of Allah stated: ‘Fumigate your houses with al-shih, murr, and sa’tar’”. The author claims that this use of the word “murr” refers specifically to Commiphora myrrha.

Myrrh has been regarded as one of the finest treasures of the Far East for thousands of years, starting from the Egyptian period to the Arabian spice trade era. In the 5th century BC, the Greek historian Herodotus described, in detail, how the Egyptians used myrrh for embalming bodies.

Historical and traditional use of myrrh

In the fourth century AD, a Greek physician wrote the “Syriac Book of Medicine” This book contains many references to the natural medicinal applications of myrrh, such as its use for toothache, constipation, skin infection, diarrhoea, periodontal diseases, stomach pains and insect bites. It is said that the Greek soldiers would not go into battle without a poultice of myrrh to put on their wounds.

Myrrh has a long history of therapeutic use in the Indian Ayurvedic system of medicine where it is used to treat mouth ulcers, gingivitis and respiratory catarrh. In Chinese medicine, Somali myrrh is used to treat impact injury, incised wounds, menstrual block, and hemorrhoids, among other conditions. myrrh was a common analgesic and has been used to clean wounds and sores for more than 2000 years, until the European discovered the morphine

Traditionally, the Somalis apply myrrh emulsion to the skin to heal cuts and wounds. They dissolve a few grains of myrrh in warm water to cure back pain. 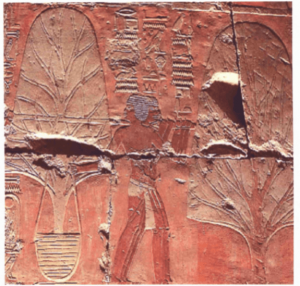 Much in use from ancient times, myrrh have continued to find modern pharmacological applications, most of them as predicted by the traditional therapies. Myrrh is still being used as raw materials in many industries such as perfumery, food, beverage as well as for religious rituals and several other local uses. It is an ingredient in mouthwashes and toothpastes, as well as being available as a liquid extract and encapsulated dried extract. centuries, myrrh was an essential component of the pharmacopoeia.

In Germany, myrrh gum-resin and myrrh tincture are both official in the German Pharmacopeia, approved in the Commission. The scientists found that myrrh induced the production of several antioxidant and detoxifying proteins in the liver, kidneys and cerebrum. More recently, current studies have focused on applying clinical trial methodologies to validate its use as an antineoplastic, an antiparasitic agent, and as an adjunct in healing wounds.

Small amounts of raw myrrh and frankincense taken internally stimulate the stomach and promote digestion in Chinese herb formula , but in larger amounts they can be irritating to the stomach, so the raw material is used mainly for external applications and for low dosage forms,

Use of Myrrh resin and benefits

Myrrh is composed of  alcohol-soluble resin, essential oil  and water-soluble gum, each component can be very useful.

Myrrh resin is mixed with frankincense and sometimes more scents and is used in almost every service of the Eastern Orthodox, Oriental Orthodox, traditional Roman Catholic and Anglican/Episcopal Churches. Since myrrh resin is soluble in alcohol, myrrh is dissolved in alcohol or glycerin to produce Myrrh tincture.

The myrrh resin does not easily dissolve in water, so it is frozen (to prevent the loss of the volatile oils) than finely crushed and mixed with water. The water can then be used as a mouth wash.

How Frankincense And Myrrh Work Together

Frankincense and myrrh trade were lucrative for almost 1500 years. With their origin being in the Arabian Peninsula, northern Africa and eastern Africa, the demand for these commodities was so high making them one of the most expensive commodities because the demand exceeded the production. As a result, the dealers of these resins who were mostly Arabs became the wealthiest people on earth during that time.

They can either be used as the resin or steam distilled as essential oils. They have close to the same properties and today, many studies can confirm that frankincense and myrrh has got many beneficial properties ranging from skincare, haircare and health. Frankincense is actually also known as the king of oils due to its healing properties. It is not only safe for topical use but also for internal use.

Frankincense also known as olibanum derived from the Arabian word for milk, al lubn, scientific name Boswellia, is native to the Arabian Peninsula specifically Oman (now Saudi Arabia) and Yemen and also North East Africa (Somalia, Kenya, Sudan and Egypt) and some parts of India. Frankincense is the dried sap of the tree that is harvested by slashing the bark of the tree a process known as stripping or making deep incisions (tapping) in the tree with special knives. The sap from the tree flows out and hardens in the sun. This hardened sap is known as resin and look like irregularly shaped, glossy and transparent stones.

How well do they work together?

Myrrh and frankincense have been used together since time in memorial as ingredients in incenses because they were considered holy oils, biblical essential oils used to inspire prayer during religious rituals, also during aromatherapy for relaxation and to deepen meditation and revitalize the spirit. They were also used as ingredients for cosmetics, the Egyptian women mixed the ash with their eyeshadow, used to make deodorants hence enhanced cleanliness and for tooth care as well. Frankincense and myrrh were also used to repel away insects and animals.

Research shows frankincense and myrrh species in combination has demonstrated largely noteworthy activity against a wide range
of test micro-organisms.

They have many uses ranging from skincare, hair care and health care as well due to their properties which provide the many benefits. The properties of frankincense and myrrh include: 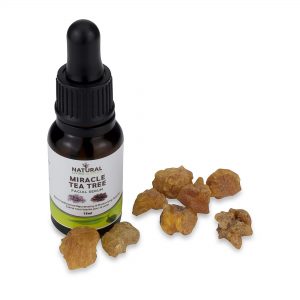 Frankincense and myrrh work well hand in hand in that they both amplify the others properties making them work better. Like I said, they have properties close to each other. A comparison of their properties shows that myrrh is more astringent, stimulant, antiseptic, disinfectant and tonic, while frankincense is more anti-inflammatory, blood vitalizing and mentally uplifting hence good for aromatherapy. Frankincense also amplifies the antibacterial properties of myrrh so that it can help fight bacteria and cause faster healing of a bacterial infection.

Uses and benefits of frankincense and myrrh.

Frankincense and myrrh provide moisture not only to the skin but also our hair.